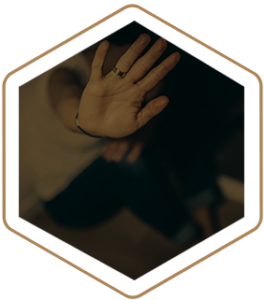 There are two levels of assault under Florida criminal law. Simple assault is the lowest level of assault, and it is also referred to as misdemeanor Miami assault lawyer. A simple assault conviction leads to a second degree misdemeanor.

Aggravated assault is also a simple assault, but it also involves a deadly weapon or an intent to commit a felony at the time of the assault. It is also known as felony assault because aggravated assault results in a third-degree felony. Attorney Marcia Hansen at The Hansen Law Firm ready to help you.

In order to prove a charge for simple assault, the State of Florida, through the prosecution, would need to prove three requirements:

Under Florida law, you do not have to physically touch another person to be convicted of assault. On the other hand, words alone will often not result in an assault conviction. Generally, assault cases involve a combination of both words and violent actions. Below are some examples of situations that involve assault.

Generally speaking, conditional threats will not satisfy the requirements of assault in most situations. A conditional threat occurs when you tell someone that they are going to suffer violence if something does or does not happen.

For an assault conviction, the victim must believe with certainty that the harm is about to happen (or that it is imminent). In situations that are conditional, the victim cannot have this belief because the fear is based on something that has not yet occurred.

Many threats are conditional ones—so this can be a valid defense in an assault charge. The Hansen Law Firm will carefully analyze the unique circumstances surrounding the assault charge to determine whether pleading a conditional threat will help your defense.

Penalties for Assault Under Florida Law

Simple assault is a second-degree misdemeanor. That means that someone who is convicted of simple assault could spend up to 60 days in jail or have to be on probation for up to six months. You will also likely have to pay a fine of up to $500.

Aggravated assault, on the other hand, is a third-degree felony. That means that someone who the courts convict of aggravated assault could be in jail for up to five years. If the defendant used a firearm, these penalties could be increased as well. Fines often accompany any required jail time as well.

The penalties may also increase if you directed the threat to more than one person. The court will actually treat it as a separate offenses, even if you only took a single action—each person threatened could result in a separate assault charge. Assault on a law enforcement officer may also carry heavier penalties as well.

Thankfully, there are many available defenses to assault in Florida. Your skilled criminal defense attorney will determine which, if any, you can use to defend your case. Some of these defenses include:

Of course, your Miami assault lawyer may also attempt to point out missing factors in the prosecution’s case as part of your defense.

The Hansen Law Firm can help you or your loved one defend against an assault charges in Florida. Contact us at (305)-760-4393 for more information or to set up an appointment with our expert team.