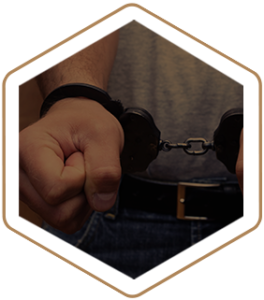 If you have been charged with a federal crime, finding the right defense lawyer is vitally important. You not only need an experienced Miami federal criminal defense attorney; you also need someone who knows their way around a federal court.

Thankfully, South Florida residents know they can turn to The Hansen Law Firm for their federal criminal defense needs.

The Hansen Law Firm can provide outstanding defense help for charges that include:

Locations, we are serving for:

It is important to have legal representation even in the investigation phase. Federal investigations are tricky, and what may seem like a simple fact investigation could actually end up to be more of an interrogation. A federal criminal defense attorney is a “must-have” any time that a federal agency requests to speak with you, even if it may seem innocent.

A magistrate judge will first issue a complaint that states probable cause exists to arrest an individual. Once a suspect is arrested, they are brought to a Pre-Trial Service Officer. This person is an employee of the United States Probation Office, and he or she will ask the individual questions about their criminal history, drug use, and financial information. Based on this interview, the Officer will recommend whether the individual should be released while the case is pending or not.

It is important to note that once an individual is arrested, he or she may not actually be formally indicted until 30 days after the arrest.

The first few steps in the federal criminal process are comparable to what state courts will do. During the initial appearance, a judge will inform the accused of the complaint against him or her and discuss the right to an attorney. The accused also has a right to a preliminary hearing wherein they challenge the government’s finding of probable cause for the arrest.

One of the major differences in this process is that there is no bond system at the federal level. Instead, a judge will have a hearing to determine whether you should be detained or not. This is in addition to the interview with the Pre-Trial Services Officer. There is a presumption of non-release for those who are accused of drug offenses. At the arraignment, the accused will enter a plea of guilty or not guilty.

The plea bargaining process is similar in the federal court compared to state court. However, it is far more likely to see plea bargains in federal court. This could be because the process is more time consuming and complicated, or it could be that those accused do not want to risk having a significantly higher penalty than what is being offered. Whatever the reason—an estimated 90 percent of federal criminal cases end in plea bargains.