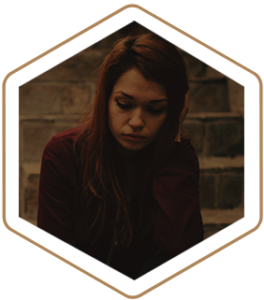 There are several types of battery charges in Florida. In this simplest form, battery involves an unwanted or uninvited touching or striking to another person. It also has an intent requirement, but that intent requirement may not be as clear-cut as you might think.

The penalties for battery charges can be severe. Thankfully, the charge has many available defenses under Florida law. Thus, A battery defense attorney can help you determine which defense might be available in your unique situation.

The Hansen Law Firm will take an in-depth look at the facts of your case and provide you the best defense available against your Florida battery charge.

We have the following locations to serve you:

Types of Battery Charges in Florida

Florida, like many states, also has various battery charges. The penalties will vary depending on the type of charge, and what the prosecution has to prove may differ as well.

The Intent Requirement of Battery Charges in Florida

You cannot “accidentally” commit a battery. For a valid battery charge, the action must have been intentional. It is important to note, however, that the intent requirement is not the intent to cause harm, but the intent to touch or strike. It can also include actions that are substantially likely to result in a touching or striking action.

You do not have to actually injure the victim to be convicted of the crime of battery in Florida. Instead, the focus is on the touching, not the injury for simple battery charge.

Defenses to Battery Charges in Florida

Battery charges have several available defenses. Your battery defense attorney at The Hansen Law Firm will determine which defenses are available in your unique situation and apply those as necessary. Therefore, your defense could include arguments of:

Your available defenses will also vary depending on which type of battery charge the prosecution is attempting to use. For example, whether you intended to injure a person will be a defense in an aggravated battery charge, but it would not be a good argument in a simple battery charge. Your criminal defense attorney can help you with these subtle distinctions, which also allows you to better understand your case.

The Hansen Law Firm can build your defense to battery charges based on the facts of the case, the legal requirements, and other unique factors of your situation such as your criminal history (or lack of). Our team also knows the ins and outs of each of the various types of Florida battery charges. Contact us at (305)-760-4393 for more information or to set up an appointment.