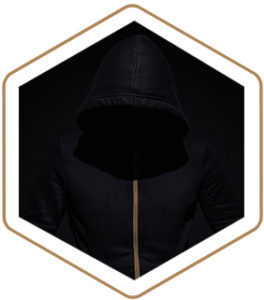 The Hansen Law Firm can help defend against charges of disorderly conduct Florida. Although this particular crime is usually considered relatively minor and common, it can still come with serious penalties. Fighting these penalties is vital to avoid potential jail time, probation, and fines.

Disorderly conduct in Florida occurs when the accused fights in public, outrages public decency, or “breaches the peace” of the public.

If someone has corrupted the “public morals,” then they have committed the crime of disorderly conduct in Florida—but what does this really mean?

What is Disorderly Conduct?

The officer is much more likely to make an arrest if he or she believes that you are a threat to the health and safety of yourself or to those around you.

It might be helpful to consider a few examples of disorderly conduct Florida to help define it.

Penalties for Disorderly Conduct in Florida

Disorderly conduct or breach of the peace is a second-degree misdemeanor in Florida. That means that you can face penalties of up to 60 days in jail, 6 months of probation, or a $500 fine. A judge could also impose some combination of these penalties as well.

First time offenders are often treated lightly in this charge. However, this light treatment often does not apply when the disorderly conduct was directed toward a police officer. It also may not apply if you were causing a direct threat to the safety of those around you.

Although the actual penalties may be slight, having a disorderly conduct conviction on your permanent record can be problematic. In addition, the penalties will likely be harsher for repeat offenders. Jail time is much more likely for those who have already been convicted of disorderly conduct in Florida.

Potential Defenses to a Charge of Disorderly Conduct Florida

Most uses of just words will not be disorderly conduct unless they cause a threat to safety for those around you. A good example is when an individual yells fire in a crowded theater, causing a panic. This panic could cause harm to someone as people are rushing out of the theater.

Otherwise, your mere words are often protected by the Freedom of Speech found in the First Amendment. Those circumstances may change, however, if a police officer is involved.

The Hansen Law Firm Can Help with Your Disorderly Conduct Florida

If the Florida courts have charged you or a loved one with disorderly conduct, do not assume that you can defend yourself on your own. A South Florida defense attorney is necessary to even attempt to keep this charge off of your criminal record.

The Hansen Law Firm can help you present your best defense possible based on your unique personal situation. Call (305) 666-1603 to schedule an appointment or to get more information.