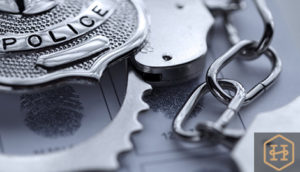 A new Florida law now makes it more difficult for police to seize assets and money from people who have been arrested for a criminal offense.

S.B. 1044, which amends the Florida Contraband Forfeiture Act, received bipartisan support from Florida lawmakers and was signed into law by Governor Scott in April 2016. The law took effect July 1, 2016.

If police confiscated your property following an arrest, you have important rights. Don’t hesitate to speak to a Miami criminal defense lawyer about your case.

What Is Asset Forfeiture?

Asset forfeiture, which is sometimes called “civil forfeiture,” has been the subject of considerable controversy for several years.

Under both state and federal law, police and other law enforcement officials have the authority to seize property and money they believe was generated through criminal activity.

Started in the 1980s, asset forfeiture was originally designed to deter drug-related crime by taking drug money from dealers and distributors.

A good idea in theory, asset forfeiture has over time devolved to a corrupt and unfair system in practice.

The Washington Post reports that two of the originators of asset forfeiture, both past directors of the Asset Forfeiture Office within the Justice Department, are now the practice’s most vocal critics, with one former director calling it “evil” and claiming its meager advantages outweigh any benefits it offers.

According to a Forbes report, a man in Nevada was pulled over for driving three miles an hour over the posted speed limit.

The sheriff’s deputy who stopped him claimed he smelled marijuana in the car and used this as an excuse to seize $50,000 in cash from the driver.

The man, who claimed he won the money at a Nevada casino, was never arrested, and police never found any drugs in his vehicle.

He won a lawsuit against the police department, and the court ruled that the officer’s seizure of the cash was unconstitutional.

Florida has joined a handful of states that seek to curtail police powers when it comes to asset forfeiture. The new law implements several new provisions:

Other states, including Michigan and New Mexico, have passed similar reforms.

In 2014, Minnesota passed a sweeping asset forfeiture law that prevents police or other law enforcement agencies from taking cash or property until an individual has been convicted of a crime.

Protect Your Rights and Your Property

If Florida police have seized your property, you can’t afford to wait to speak to a Miami criminal defense attorney.

A criminal lawyer can help you fight the charges against you, as well as ensure your property ends up back where it belongs – in your hands.

Get a Miami Criminal Defense Lawyer on Your Side Today

Getting arrested or charged with a crime is a scary experience for anyone.

When the police take your money or your property on top of it, you could face a difficult battle to get it back.

The law in Florida may now offer you greater protection against unfair police seizures of assets, but police are still permitted to take your property under certain circumstances.

If you have been arrested, the time to fight back is now. Don’t delay contacting an attorney.