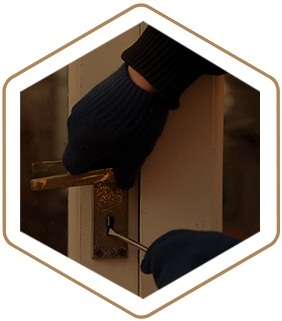 Trespass is the unauthorized or uninvited entering of another person’s property or structure. In Florida, you must have been warned and refuse to leave to be convicted of the crime of trespass.

In the average trespass case, a conviction of Miami trespass attorney is a relatively minor crime, assuming that there are no people on or in the property. However, the penalties for the crime of trespass can increase based on certain factors that are outlined below.

The Hansen Law Firm offers comprehensive criminal defense to the crime of trespass in the South Florida area. Because trespass is such a common offense, many people that are accused of trespass think that they can defend themselves. This is a mistake—the penalties for trespass can escalate quickly, and you need a Florida criminal defense attorney to help you defend against this charge.

We Have Following Locations To Serve You:

Types of Trespass Under Florida Law

There are four types of trespass under Florida law. Each one has varied requirements and varied penalties.

This type of trespass is usually what comes to mind when you think of the term trespassing. It is being on property where you are not invited or welcome. It can also include entering or failing to leave a property with the intent to commit a crime.

If a trespassing occurs while the accused has a firearm or other dangerous weapon, then the trespassing offense can be increased to a third-degree felony. Certain locations have increased penalties as well. These include construction sites, agricultural sites used for research or testing purposes, domestic violence centers, or agricultural chemical manufacturing facilities.

If the penalty increases, then that could mean up to five years in jail, up to five years of probation, and up to $5,000 in fines. Again, the judge can also use any combination of these three penalties as well.

There are special trespassing rules that apply to a school campus or even school-owned property. Someone commits the crime of trespass on school grounds in Florida when they do not have a legitimate business reason or any other permission or invitation to be on the school property. This includes students who have been expelled or suspended.

If the courts increase the penalties because of deadly weapon, then they are the same as trespass on other grounds as listed above.

3. Trespass in a Structure

There is a separate Florida law that deals with being in a structure without permission, such as a house or business. If the accused enters or refuses to leave when requested, then they are committing the crime of trespass under Florida law. A structure under Florida law is anything with a roof. It does not matter if the structure is permanent or temporary.

4. Trespass in a Conveyance

There are additional trespass laws specifically for motor vehicles, ships, vessels, rail cars, trailers, aircrafts, or sleeping cars. Florida law refers to these objects as “conveyances.” The only difference between this type of trespass and trespass to property is that it also applies to a different type of location. The penalties for this crime are also the same as well.

Defenses To Trespass in Florida

There are some specific defenses to the crime of trespass. The Hansen Law Firm can help you determine which defense will work best for your individual situation. These defenses may include:

Speak With A Miami Trespass Attorney For Trespass charges in Florida

The Hansen Law Firm can help you or your loved one defend against a trespass charge. This simple accusation can affect aspects of your life that you may not have considered, including your employment. Contact us at (305) 666-1603 for more information or to schedule a confidential consultation.