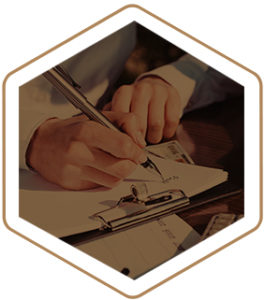 The IRS estimates that 17 percent of all Americans do not comply with federal tax laws. However, only an estimated .0022 percent of all taxpayers are convicted of tax-related crimes in a given year. In fact, over the past decade, the number of convictions for tax fraud Miami has been decreasing.

Most tax fraud situations occur because someone else has reported suspected fraud. The IRS may also flag tax returns that vary significantly from prior years or seem like they should include more income than reported. While these independent audits are rare, they do still happen and can result in a tax fraud charges.

Like other forms of fraud, tax fraud is only a true “crime” when you intentionally provide incorrect information. This can be difficult for the government to prove, particularly because federal tax laws are so complicated and burdensome.

It is easy for someone to get confused and use the wrong number or information on their federal tax forms. It is also difficult for the government because many people have their taxes done by someone else, such as an accountant by using tax preparation software.

Tax fraud charges can be extremely complicated. The accused are up against the IRS—home to the most well-versed tax attorney in the country.

Never face a tax fraud charges alone. The Hansen Law Firm should be your first call if you being charged with tax fraud.

If you are convicted of tax fraud, you will likely face both criminal and civil penalties. You may also have end up facing a combination of the two penalties as well. The penalties will vary depending on the type of fraud charge that the government uses.

These costs often include the actual cost of prosecution as well. The government may also accuse a taxpayer of more than one action of fraud, so the consequences may be significantly larger if they are combined. In addition, it is important to note that helping someone else commit tax fraud is also a criminal offense that could have the same punishments as committing the fraud yourself.

Tax Fraud and Tax Evasion: What is the Difference?

Tax evasion may include:

Tax fraud is much broader concept that can include providing any incorrect information intentionally, even when that information may not be included on a tax return.

Fraud is a willful or intentional act. You cannot commit fraud by mistake. That means that the government has to prove that you intentionally provided incorrect information. Errors are extremely common on tax returns because the requirements for a return are so complicated. Tax auditors usually have an eye out for mistakes, and they will generally assume that the mistakes are innocent unless they are suspicious.

A mistake on a tax return can result in a 20 percent penalty on your tax bill. However, if you are convicted of tax fraud, even on a small scale, the penalty is often 75 percent of the tax due—that means you have to pay your entire tax due plus an additional 75 percent.

Even these smaller penalties can cost an individual tax payer a large sum of money. If you have been contacted by the IRS, do not risk fighting them alone. Call The Hansen Law Firm for a comprehensive tax fraud criminal defense from start to finish. Call (305)-760-4393 for more information or to set up an appointment. Don’t wait until after meeting with an IRS representative—call today.