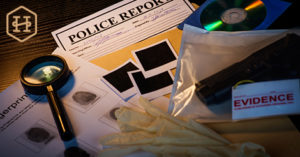 Any citizen is allowed to file a police report by exercising his or her civil rights. When an officer receives a request for a police report, he or she must take a statement from the individual who made the report and investigate the claim more thoroughly. However, situations where a false report is filed can lead to consequences.

One of the charges faced by individuals who are accused of filing a false police report is obstruction of justice and this can have devastating impacts on your future.

It Is a Crime to File a False Police Report

If this situation has happened to you and you have been accused of filing a false police report, you need a Miami criminal defense lawyer as soon as possible. Obstruction of justice is any crime that involves interfering with due process of the laws carried out by officers of the law.

Some of the most common examples of obstruction of justice include:

If you have been charged with obstruction of justice, this may be classified as a federal or a state crime. If convicted, you could be looking at harsh penalties or potentially even a prison sentence.

If an individual files a false police report against you or you filed one against someone else, then the individual at fault could be facing criminal charges.

The Florida prosecutor maintains the burden of proof for showing that you filed a police report. They must be able to illustrate that:

It is important to retain an experienced Miami criminal defense attorney if you are accused of filing a false police report as this could carry serious consequences for your future.

If you filed a police report with information that you believed to be true, you can work with a criminal defense lawyer to illustrate this in your case.

There are many potential ramifications associated with filing a false police report in addition to being convicted of the same. This is a serious matter that you should consult with a Miami criminal defense attorney about.