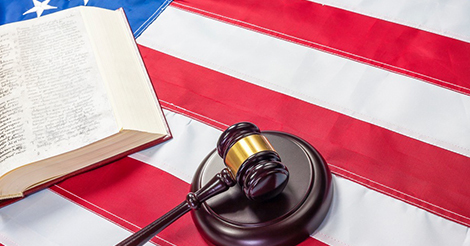 The federal court system functions in roughly the same way as the state court systems, but there are some important differences. For example, federal cases are brought by United States Attorneys instead of prosecutors or district attorneys. While you can be charged and tried under both systems, usually when the federal government steps in, the State will step out.

Most federal cases proceed the same way, and knowing the steps in the criminal charging process can help ease some of the anxiety related to a federal charge. A Miami federal criminal attorney can help you through this process, and will be there for you every step of the way.

The federal prosecutor will work with these agencies to obtain evidence and understand the details of a case. Occasionally, there are several agencies involved in just one case.

If you know that an investigation is taking place, you should have an attorney even during this early stage of the charging process.

Once the investigation is completed, the prosecutor will decide whether to present the charge to the grand jury.

Using a grand jury is a constitutional requirement under federal law for specific types of crimes. Many states rarely use grand juries. They are made up of somewhere between 16 to 23 people, depending on the circumstances of the case.

Most defendants are brought to their initial hearing (also known as arraignment) either the same day that they are charged or the day after. The initial hearing involves a federal magistrate judge who will explain the defendant’s rights and charges against him or her.

The Court will also explain your right to an attorney. If you cannot afford one, an attorney will be provided to you. If you have not already contacted The Hansen Law Firm, you should explain that you intend to do so when you can.

The judge will also decide whether you can be released until trial or if you must remain in prison until your trial date. Part of that process involves determining whether you can make bail.

The court will often consider:

The type of crime that you are accused of will often play a large role in decisions regarding bail as well.

The Next Steps in the Process

After the charging process, you and your Miami federal criminal attorney will go through discovery, plea bargaining, the preliminary hearing, pre-trial motions, trial, sentencing, and appeals, if necessary. It can be a long process, and having an experienced attorney by your side will be extremely important.